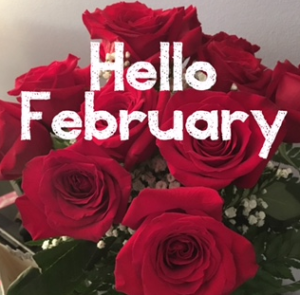 So here we are in the second month of 2017 already– Welcome new 9 year cycle!. January carried a lot of the “cleaning out” and release energy of 2016 “9” year of endings. Lots of ancient emotional baggage and old beliefs, yours and those you carry from your ancestral line, came to the surface. Some things came to an end unexpectedly or abruptly. It is important to remember, whatever was released was supposed to go- even if if you don’t see why yet. Everything released is making space for something new– even if you don’t see what that is yet. Move into your trust that everything is in Divine Right Order. It is a “1” year and make no mistake, new things are taking root.

The theme for February is going to revolve around creating/manifesting/attracting. These themes are going to present themselves over and over again. They will ask… what are you manifesting/creating/attracting into your life/reality? Are you consciously creating or unconsciously creating? How can you create more of what you want and less of what you don’t? Sometimes we don’t know what we want. One way to get defined is to know exactly what you don’t want anymore or at all.

So here are some important things to remember about manifesting/creating and attracting….

It can be conscious– as in- you get a thought and follow it through to completion.

It can come from your Soul.
Conscious soul creating/attracting— you intend something and then follow through with guidance and allow synchronicity.
Or unconsciously– as a blessing, synchronicity, coincidence that creates something that feels so authentic and fulfills a hearts desire.
Soul creating/attracting/manifesting fulfills and creates a destiny.

It can come from the Ego.
Consciously the ego will sabotage, self defeat, resist, fear, procrastinate,distract, undermine us.

Unconsciously — as repetitive pain bodies that play out over and over again.
Ego attracting/creating/manifesting has us live the fate of our choices.

1. You can create anything you want.

2. You can uncreate anything you want

3. In order to consciously create from your Soul- especially with us, you have to KNOW (not believe)- you have the power to do this. KNOW it. And KNOW that WE the Universe/Spirit are here to create with you

The universe say that there are no easy or hard creations, there are just creations and that when you intend something it says DONE.

The universe says create away. In fact you are always creating. Why not do it with power– do it consciously!

So for conscious creation- manifestation–everything starts as a thought. It has to be a thought in our consciousness before it can be “born” or lived in this world. Some woman somewhere in time, got the “idea or thought” that some how she should be “allowed” to vote on who was in public service. I am sure whoever that was was scared of her own thought and if she did say it out loud, I am equally sure it was not received very well. Yet here we are — we women– with the right to vote (well at least in this country) because someone (man or woman) got that idea some where in time.

While this manifestation took a while– centuries– creation can also be instantaneous. As in, I think I will have a cup of tea– and in 5 minutes you make one. It all depends on what you believe and feel is possible and what internal blocks- such as fear, doubt, distraction get in your way.

Before conscious co creation/manifestation can occur, one must subscribe to the belief that “you are responsible for everything that shows up in your life– that some part of you created or attracted this consciously or unconsciously. This means there is no room for victim consciousness, as in “how did this happen to me, why did this happen to me, I must be being punished” thinking. Letting go of that thought alone, empowers you and allows your Soul space to create. It can be challenging– in fact, that was part of the internal clearing of 2016 and January 2017. This consciousness has no more place in this world. If it is showing up for you get it DONE!

So for every creation, experience, manifestation you experience or wish to experience- the question becomes
which part of you is doing the attracting/creating/manifesting? Can you do it with more consciousness and power? February will bring these things to light.

February will also be an emotive and creative month. Emotive not emotional. Meaning we will feel the need to express our emotions and speak our truth. Denser emotional energies within us will surface to be transformed or transmuted into a creative form. Those that are emotionally and spiritually mature will not re-energize these dense emotions, nor will they be living, reacting, acting, creating from them. They will simply let them be there, they will feel them, express them and allow them the space to release. As they transform it will unleash a great amount of creative potential and energy to consciously co-create. This will also give way to a huge heart opening and space to hold, feel, experience and create more peace, love, joy and compassion. Make no mistake, we are all be called to hold this space more and more.

So allow the energy of February to “move” you and give you the power to consciously co- create. We will discuss how we unconsciously create (from ego and soul) in the weekly energy alerts throughout the month. I am here if you need me.

Register to Stay In Touch!

Sign Up Now
For Email Marketing you can trust.

Register to Stay In Touch!

Sign Up Now
For Email Marketing you can trust.